The Himalayas are known for their grandeur and beauty. Agree? The abode of snow is also known for its rich deposits of salt, especially the Punjab region of Pakistan. Salt, that too, on the mountains? Of course, salt is found in the sea. So now you must be wondering where the Himalayan salt came from?
Well, the answer is simple!

The Himalayas rose from a primordial sea 250 million years ago.  Within that body of water was a pristine ecosystem. The sea evaporated gradually due to plate tectonics or movement of plates inside the earth, pushing Himalayas toward heavens. After the evaporation of sea, the life-sustaining minerals crystallized under the impact of solar heat, resulting in stretches of Himalayan pink salt. It is this Himalayan salt that benefits health in innumerable ways.

Pink salt Or Himalayan salt benefits
All of us love salt, but the intake of sodium has to be moderate in order to avoid high blood pressure, hypertension, and cardiovascular disease. But Himalayan pink salt is a wonder salt, known for its medicinal and therapeutic qualities.

The purest of sea salt, the mineral salt from the Himalayas has truly powerful and potent qualities, thanks to its being the best source of natural minerals, which is healthier than bleached and processed table salt we use regularly.

Let’s see why you should make Himalayan pink salt a regular part of your daily diet: 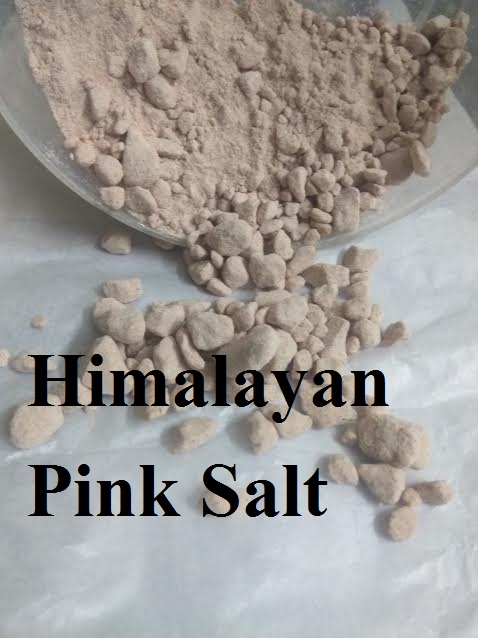 1.       Loaded with Minerals
As the cleanest, purest salt, pink salt provides your body with 84 trace minerals & elements and electrolytes, with 85% sodium chloride.  Some of the top electrolytes found in Himalayan salt include Chloride, Sodium, Sulfur, Calcium, Potassium, magnesium, and iodine, which are essential to maintain pH balance of the body, prevent muscle cramping, and help absorb nutrients.

Now you must be wondering why electrolytes are important for your body?
From regulating your heartbeat to facilitating muscle contraction, sea salt can be the key to avoiding an electrolyte imbalance.

You may be surprised to know that an imbalance of electrolytes is responsible for some serious negative symptoms in your body, some of which are potentially deadly.

Why is sea salt pink in color?
The frail ruby color may be due to the trace amounts of iron oxide in pink salt. However, all minerals are not healthy for your body. Some can even prove toxic if taken in large quantities. These include uranium, lead, plutonium, radium, and thallium. Moderation is the key.

Moderate use of pink salt can help in gradual reduction in blood pressure. However, you need to balance it out with a healthy lifestyle. The daily recommended dose of sodium is 1500 mg. For example, you can start substituting regular salt with pink salt for salad, curd, and other side items.

3.       Eat it, smell it, inhale it, or bathe in it!
Himalayan pink salt is said to have amazing properties that can promote your vascular and respiratory health. It is thus said to be useful for those with respiratory problems and asthma. Besides its use in the kitchen, Himalayan salt can be used as an air purifier. Weird it may sound, but research seems to point toward this. A number of yoga studios are turning to salt theory to enhance vitality of clients, opening up a special room for salt yoga, so you can breathe in “purified” air.

According to the Lung Institute, sea salt has amazing healing properties, being an anti-inflammatory, antibacterial. Besides, it accelerates mucus clearance by loosening excessive mucus and removing pathogens like pollen. For people suffering from allergies, sea salt can be beneficial in reducing IgE level or immune system oversensitivity and can be a great addition to your asthmatic or respiratory healing regimen.

What is salt therapy?
Salt therapy is increasingly becoming popular worldover as a natural therapy for many ills, especially respiratory problems, such as bronchitis, asthma, and allergies.
Also known as halotherapy, salt therapy works on the basis of inhalation of micronized dry salt in a salt cave or chamber. Research reveals that salt therapy is an effective way to treat chronic bronchitis naturally.

4.       Water retention
You already know that water follows salt or vice versa. If you take more salt, your body needs more water. It’s the Himalayan salt that helps water retention in the body. When you sweat or perspire, you lose some amount of salt in your sweat and thus feel dehydrated.
Now relate it to your outing- you go to a market in sweltering heat and feel dehydrated. A glass of lime juice with salt is all you need to restore your pH and electrolyte balance. Don’t you feel refreshed after a refreshing glass of lime juice?

5.       Muscular health Boost
Do you often experience muscular cramps? Perhaps this was my side of the story. Some time back I was suffering from muscular strains and spasms. Increasing the amount of Himalayan salt in my diet through addition in curd, salad, and buttermilk, I am feeling little better.

As a rich source of electrolytes and minerals, sea salt is a great addition to your everyday meals. It helps improve the functioning of muscles, brain, and nervous system. Sodium is required to transmit electrical signals in the body, without which your brain, muscular, nervous system is bound to suffer.
Moderation is the key here, as too much and too less of sodium intake can cause problems. The key lies in ensuring you are getting enough of Himalayan salt to maintain electrolyte balance and other crucial functions.

Too much of it can do the same.

Again, moderation is the key and consuming the right amount of sea salt can boost the production of adequate amount of hydrochloric acid or chloride - the building block of stomach acid.
Not only this, it helps in better nutrient absorption from the food you eat. 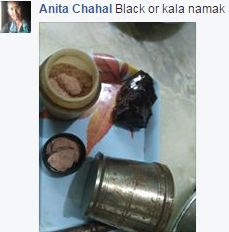 Both black salt and pink salt are derived from the Himalayas. Both have almost similar therapeutic properties, with the major difference being in the sulfrous smell of black salt and dark color, which is attributed to its iron content.

Perhaps sea salt is an important element in your food. However, too much of it can cause health problems. An overdose of sodium water can cause the kidneys to excrete more water, which can cause an imbalance of other essential electrolytes.

You must aim for a balanced and moderate salt use.