How do you make besan ki roti for weight loss? Chickpea flour is packed with protein that keeps you filling full for longer in addition to fiber, which makes the gluten-free besan chapati recipe a perfect treat for weight loss. Whether you love to eat besan ki roti with chutney or onion or soya chili, this easy fulka recipe will come in handy. 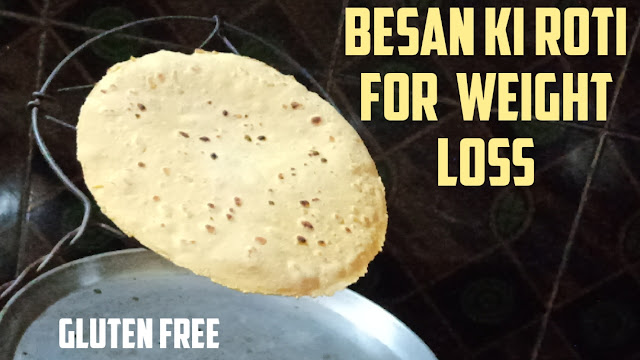 Well, when it comes to counting the benefits of besan fulka, there are aplenty. Also known as garbanzo beans, chickpea beans are legumes that are rich in fiber and protein. Chickpeas are rich in vitamins and minerals. Chickpea flour is replete with folate, which is almost double that of fortified wheat flour.

That means if you are deficient in iron and hemoglobin, you should increase your intake of besan ki roti or chickpea flour. Pregnant women who use chickpea flour roti or besan recipes are at a low risk of spinal cord or neural chord defects during this time, which are common among women that lack folate. 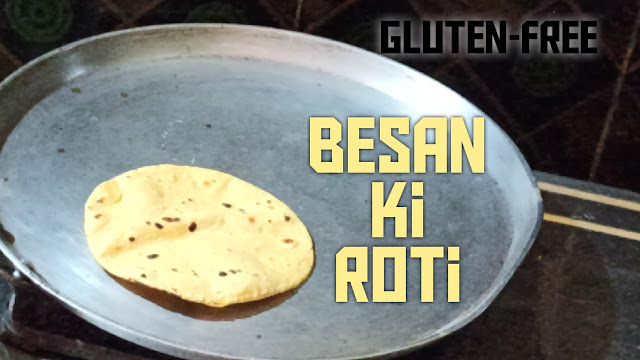 garbanzo beans contain antioxidants known as polyphenols that fight against cancer-causing free radicals. Besides, chickpea flour contains the lowest level of acrylamide upon heating. Research confirms that among other flours, besan atta or chickpea flour produced the lowest amounts of acrylamide, which is linked with cancer.  It is the highest in potato-based snacks that are deep fried, such as French Fries. But we have a healthier version for you here.

so if you are trying to include more of chickpea flour into your healthy diet, try out making besan ki roti with onion.

Additionally, one study claimed that shortbread cookies made with wheat flour alone had 86% more acrylamide than the batch made with a blend of wheat and chickpea flour.

No doubt if you wish to opt for besan ki roti for weight loss, you are not wrong. Chickpea flour has fewer calories than many other flours. If you are trying to lower your intake of calories, chickpea flour is the answer. Try substituting atta chapatis with besan ki roti.

This could be the best weight loss trick for you - watch your calorie intake and portion size instead of opting for more harsh measures to lose weight. Since it is packed with nutrients and is calorie deficient, chickpea flour might help regulate ghrelin - the hunger hormone. That means if you relish more healthy besan recipes, you can enjoy lower ghrelin levels that create a feeling of satiety and fullness.

Besan ki roti can surely be the answer to your weight loss journey. 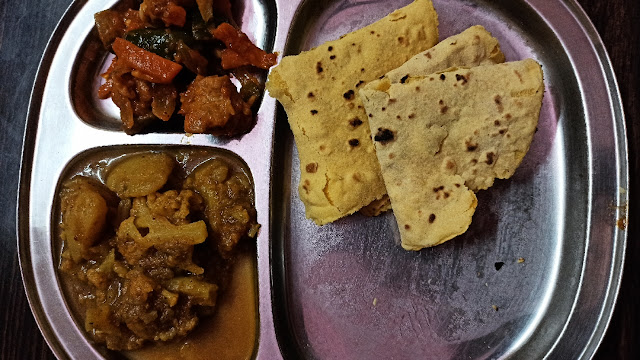 Chickpea flour could be your secret ingredient in blood sugar management. Since besan atta has about half the number of carbs of white flour, it may affect blood glucose levels positively.

Research finds that eating foods made with chickpea flour helped with blood sugar management compared with white or whole-wheat flour.

Are chickpeas good for type 2 diabetes?

Absolutely, yes. Since chickpeas have a lower GI of 6, they are a powerful ingredient for diabetes management. Besides, they are rich in protein and fiber.

No, since chickpeas have a low GI index compared to most gluten flours, they tend to keep your blood sugar under control. That means the consumption of besan ki chapati or roti does not cause blood glucose spike unlike a fulka made with white flour or maida. That is the reason you end up eating more of maida parotta or roti when you eat outside.

Can you eat hummus if you have diabetes?

There is no reason you cannot have hummus if you are a diabetic. It is a good source of nutrients, including vitamins, minerals, protein, and fiber.

Hummus is an excellent source of plant protein, providing 3 grams of protein per tablespoon. Besides, it creates a feeling of fullness and satiety so you have good portion control too, which is good for diabetics.

What beans are bad for diabetics?

All forms of beans are good for diabetics as they are rich in nutrients and keep blood sugar under control.

Can I eat chickpeas daily?

Well, always watch your portions while eating and there shouldn't be any problem with regular intake of chickpeas. But you might get bored of eating daily. So make it a habit to eat these foods regularly instead of every day.

We enjoyed besan ki roti with soya chili without cornflour, frying, soya sauce, or vinegar. It tastes like the real thing and absolutely yum and healthy. Coming up next !

Besan biscuits with jaggery (no baking powder or soda)

Jowar roti without breaking (with rolling pin and belan)